San Pasqual football coach Tony Corley lost his wife to cancer Sept. 15. A week later, the day after the Fighting Eagles won a game for her, family and friends gathered to celebrate her life. 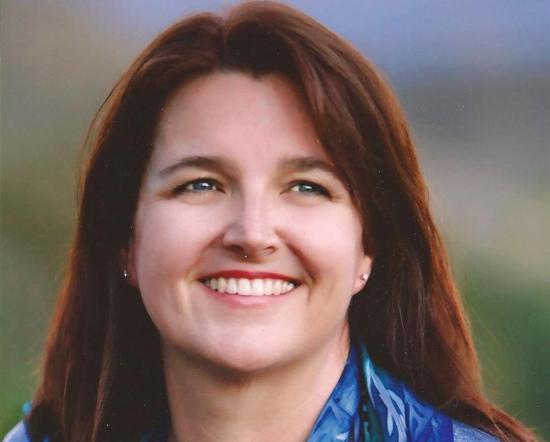 She loved Disneyland and Disney World. She loved Mickey Mouse and the employees and the way they treated their guests.

She loved her husband and her three daughters. She recorded offensive and defensive statistics for his football games. She volunteered for field trips and led Girls Scouts troops.

She loved to make people feel good. She served up smiles and laughter, even after the cancer had spread to her liver and the jaundice had turned her skin bright yellow.

“Yes,” Debby joked to a friend, “I could land planes at Lindbergh Field at night.”

The friend, Joan Bohnstedt, shared that story Saturday at Debby’s memorial service. It had been one week since she died of colon cancer. The memorial came the day after Tony Corley coached San Pasqual High to a 21-14 win over Mt. Carmel.

“There were some weird bounces in that game,” Tony said, “and I can’t help but think my wife had something to do with some of those bounces bouncing right back into our arms.”

Yes, she loved the Fighting Eagles, too. She had been one herself – a goalkeeper on the soccer team, a star for the drama club, a girl Tony was too shy to approach.

They met on a Wednesday inside the sanctuary at Emmanuel Faith Community Church, inside the same room where her life was celebrated Saturday.

They became high-school sweethearts. They went separate ways after she transferred from San Diego State to Chico State. They reconnected after she returned to Escondido, after both of them had changed and both of them had grown. They married Aug. 5, 1995.

“I don’t know if it was her plan, but she was smart enough to work something out,” Tony said. “I believe that she did.”

She planned everything she could. She had her photo taken with months left so others wouldn’t have to look for one.

“Debby didn’t want it to be about her,” said Pastor Greg Lane, who first met her at Emmanuel Faith when she was 13. “She really wanted it to be about others.”

She wanted daughters Lindsey, Sydney and Mallory to know she would watch over them. The morning after Debby died, Mallory, the youngest, woke up.

Debby wanted Tony to keep coaching. Friday night, he won a game for her.

“She was one of the most organized, most driven people I’ve ever met,” said Andrew Clark, San Pasqual’s athletic director and offensive coordinator. “She was on top of it big time and she kept Tony on top of it, too.”

She was diagnosed with cancer last February. She attended her final football game Sept. 7 in a wheelchair. The Fighting Eagles flew to a 17-7 victory over Del Norte.

After the game, they sang a song.