Pirates making a bid to be among the best 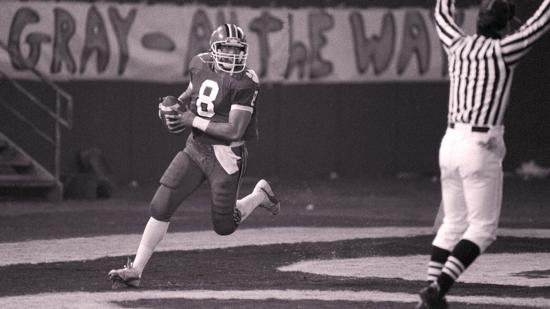 The Pirates jumped over Serra Gardena, which slipped to No. 7 after a loss. Lompoc and Newhall Hart are ranked second and third.

It’s clear that Oceanside, one of the dominant programs in the state over the last decade, has a chance to represent San Diego County in a state bowl game for the third time.

But is this Pirates team among the best ever in North County? Will it take its place among the top 10 teams of all time?

Only time and a bunch more wins will tell.

Here’s one writer’s list of the top 10 North County prep football teams since the CIF San Diego Section started in 1960:

Coach Dick Haines’ Panthers beat Helix 35-7 to win the San Diego Section large-schools title. Behind quarterback Sal Aunese, Vista finished 13-0 and was named the mythical state champion. Aunese went on to play at Colorado but had his career cut short and later died of stomach cancer. Running back Tommy Booker, who played at San Diego State, was the No. 2 running back behind Roger Price, who finished the season with 1,759 yards and 21 touchdowns. Albert Sega and Clarence Loa anchored the lines for the Panthers, who allowed just 31 first-half points.

A dominant defense led by Abdul McCullough (UCLA) — who was the section defensive player of the year — Bryant Westbrook (Texas), Michael Booker (Nebraska) and Noel Prefontaine (San Diego State) helped coach Herb Meyer’s Wildcats go 13-1 and allow just 63 points all season. El Camino beat La Jolla 29-7 in the San Diego Section 2A title game. Westbrook and Booker went on to play in the NFL. Prefontaine was one of the greatest players in Canadian Football League history.

Quarterback Dave Roberts, who played 10 years of major league baseball and is now the first base coach for the Padres, threw just 44 passes all season, but rushed for 723 yards and nine touchdowns. Coach Craig Bell’s Longhorns, who went 11-3, attacked on the ground behind Markeith Ross and O.J. Hall. Ross rushed for 2,242 yards and 31 touchdowns, averaging 10.1 yards a carry. Hall rushed for 2,130 yards and 29 scores, averaging 9.9 yards a carry. The team, which beat Morse 21-7 to win the San Diego Section 3A championship, averaged 8.8 yards a carry for the season and rushed for 80 touchdowns.

In its first year, El Camino beat Kearny 39-28 to win the San Diego Section 2A title. The Wildcats weren’t upstarts, though. Coach Herb Meyer brought 19 starters with him when he moved across town from Oceanside to El Camino. Running back Toussaint Tyler was the CIF player of the year and went on to star at Washington and in the NFL. Dokie Williams, who played at UCLA and later in the NFL, returned two kicks for touchdowns in the championship game against Kearny for a team that went 11-1.

The Pirates lost their first game of the season, 28-20 at Helix, then rolled to 12 straight wins, beating Mission Hills 26-7 to win the San Diego Section Division II championship and Navato 28-14 to capture the state Division II bowl title. Behind quarterback Jordan Wynn (Utah) and running back Armani Taylor, the Pirates averaged 413.2 total yards — 198.4 passing, 214.8 rushing. They outscored their opponents 454-188, scoring 40 or more points six times while holding five teams to seven or fewer.

The Panthers rolled to a 13-0 record, beating Patrick Henry 32-0 for the San Diego Section 2A title and a mythical state championship. The team was led by quarterback Rob Preston, who went on to play at USC. The Dick Haines-coached squad is generally considered the start of the get-better-or-get-stomped era in North County.

Seven players from this team are playing in college — Tomasi Molesi is at Portland State, Devin Taverna is at South Dakota and J.J. Whitaker, King Holder, Jake Fely, Rene Siluano and Kenny Galea’i are all playing at San Diego State.

But the catalyst to a 14-0 finish, a 26-10 win over Helix in the Division II title game and a 24-19 win over San Jose Bellarmine Prep in the state Division II bowl championship was quarterback Quentis Clark. Clark threw for 2,333 yards and 24 touchdowns. The Pirates outscored opponents 517-179. The defense pitched a pair of shutouts and held six others to a touchdown or fewer.

Cathedral rolled to a 14-0 finish and a San Diego Section Division III title with a 49-13 win over Valhalla. Then, in a thriller, the Dons edged Stockton St. Mary’s 37-34 to capture the Division II state bowl championship. Cathedral outscored its opponents 661-242, scoring 40 or more points 10 times. The team averaged 492.5 total yards — 186.9 passing, 305.6 rushing. Running back Tyler Gaffney rushed for 2,866 yards and 48 touchdowns and caught 28 passes for 505 yards and eight more scores. Quarterback Parker Hipp threw for 2,506 yards and 23 TDs. Both Gaffney (Stanford) and Hipp (New Mexico) played college baseball, and Gaffney signed a pro contract in June.

Known as “The Maui to the Murph” team, the 11-2 Warriors built and sold a house to finance a trip to Hawaii. Fallbrook beat No. 1-ranked Vista 28-14 in the San Diego Section 3A championship game. Vista, which had beaten Fallbrook in the regular season, was ranked No. 2 in the state going into the CIF title game and, after No. 1 El Toro lost, would have been the mythical state champs had the Panthers beaten Fallbrook. Quarterback Scott Barrick was the section offensive player of the year after throwing for 3,396 yards, including 343 in the championship game, and 32 touchdowns. Wide receiver Bill Dunckel had 10 receptions in the championship game and finished with 1,428 receiving yards. Both Barrick and Dunckel went on to play at San Diego State — Barrick in football and Dunckel in baseball.

The Cougars beat Point Loma 20-13 to win the 2A championship in the first year of the San Diego Section. Quarterback Doug Bennett completed 13 of 20 passes for 176 yards and two TDs in the title game. Bennett was the section player of the year. This was the first of three section championships for the Cougars and coach Chick Embrey, who also won championships in ’62 and ’69. In 1960, the football power was in the city and Escondido beat city power San Diego in Balboa Stadium in the semifinals.