Nighthawks pursue vision of a champion

Del Norte coach has modeled his program after the University of North Carolina, the dominant power in women’s college soccer. 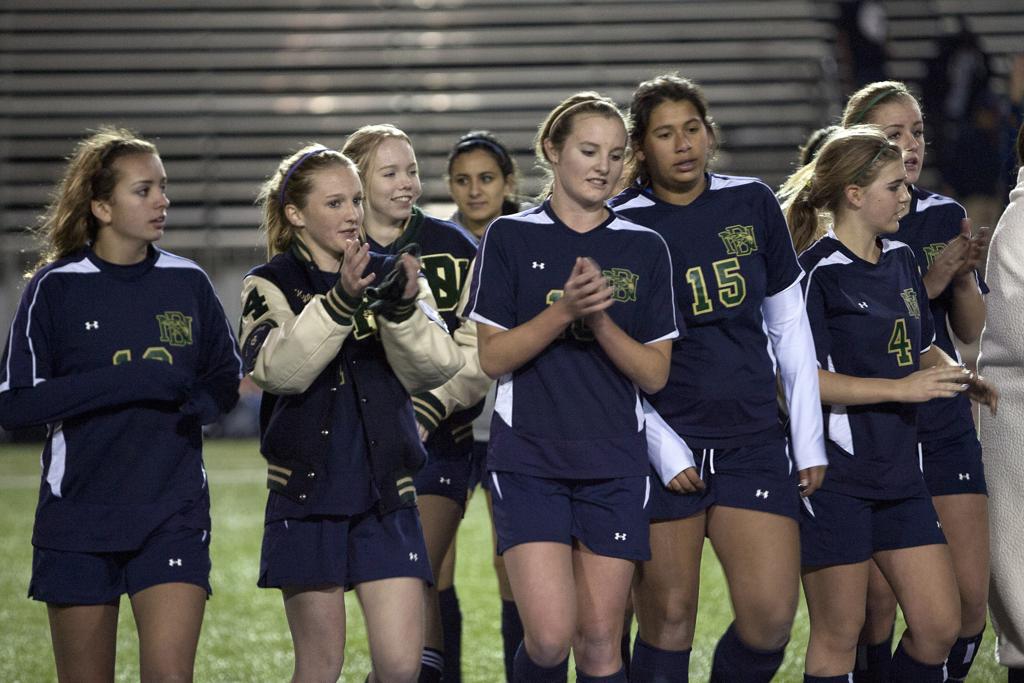 Del Norte is trying to repeat last year's feat of winning the Valley League title with a 10-0 record.

Del Norte High coach Gary Rossi likes his girls soccer team to be well-read in the ways of the University of North Carolina’s college dynasty.

From the inception of the program, now in its third varsity season, Rossi modeled the Nighthawks after the Tar Heels. In turn, he required players to read the book “Vision of a Champion” by North Carolina coach Anson Dorrance.

This season, a new page was turned in the link between the schools.

The Tar Heels visited Del Norte for practice before competing in the College Cup to determine the NCAA Division I champion at USD. Even before proceeding to win their 22nd national title on Dec. 2, the Tar Heels left quite an impression on their high school hosts.

“During warm-ups, they were goofing off, so it was like, ‘Oh, they are like us, not these alien life forms.’ That was so cool,” Nighthawks junior Bree Bolelli said. “Then you could see the switch when they started practice. There was the speed of play and intensity, like 24/7.”

Now the Nighthawks are looking for a repeat title in the Valley League after reaching the CIF San Diego Section Division III final a year ago. In their league opener on Tuesday, they topped host Orange Glen 6-1 behind three goals and two assists by junior Kyra Carusa.

The Nighthawks read the North Carolina book as the first entry on an annual reading list. For long-term varsity members this season, the choice is “The Messiah Method,” based on Division III power Messiah College, in Grantham, Pa.

“I like it because it gives you a total aspect of the game,” Carusa said. “It gives you tactical advice. It’s like, you know how to do a problem, but it’s what’s behind doing the problem and why we do these things. Besides practicing, it gives us that mental aspect.”

The Nighthawks applied their lessons well at Orange Glen (3-6), starting when Carusa accounted for a hat trick in the first nine minutes. Sophomore Dom Diller added a goal and an assist.

Del Norte returned to play last week following a 20-day midseason break that overlapped winter vacation. By design, Rossi trimmed the schedule to refresh players who play club soccer much of the year.

The Nighthawks resumed practice last year and geared up for league play, going 10-0 en route to the Valley League title.

“We’re going for it how we did last year, winning league and being undefeated,” Diller said. “Then we’re looking for (the playoffs). We get intense for league.”

With Tuesday’s performance, Carusa increased her season total to 12 goals and five assists. Also, she assisted on the first score of the season by her freshman sister, Kelly.

Bolelli added an assist for her team-high sixth of the season.

“We want to be more consistent now,” Bolelli said. “Before the winter break, we wanted to get used to each other again. Now we can be tenacious every game and be consistent, just to win it.”

In other words, the Nighthawks have the vision of a champion.