Coming in on the ground floor

Del Norte softball was so new that even field was off 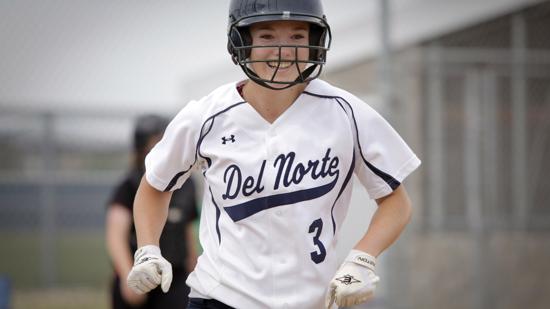 Jessica Bever has plenty to smile about with this season's Del Norte softball team.

RANCHO PEÑASQUITOS — Del Norte softball coach Steve Kuptz knows both ends of the spectrum better than just about any coach in Southern California. Less than three years ago, he led an established program in Rancho Bernardo to a CIF title with a 1-0 win over El Camino High.

Immediately after, however, Kuptz decided to leave for what could be lightly described as a project. Del Norte High opened in fall 2009 with a small sophomore class and a host of freshmen, and Kuptz decided to build the Nighthawks’ program from scratch.

The schools are separated by less than five miles on bustling Camino Del Norte, but the differences between the two programs couldn’t have been more pronounced when Kuptz arrived.

“When I got here, the mound wasn’t in the right place, the bases weren’t the right distance apart, and we didn’t have a rake or a pitching machine to our name,” Kuptz said with a laugh, clearly enjoying how far his program has come in a relatively short time.

He still has plenty of work to do on the facilities. Fans have to sit on the top row of the bleachers just to see over the backstop, and a scoreboard in dead center field is a curious choice for a batter’s eye.

But those are all secondary concerns for the architect of the Del Norte softball program at this point. The Nighthawks have one of the top records in the San Diego Section, and look like serious contenders for a Division III CIF title this month.

“It’s neat to see how our kids have gone from a bunch of scrawny freshmen and sophomores to a legitimate varsity team,” Kuptz said. “Our goal is to be playing (in the championship game) at UCSD on May 26.”

Underclass players like junior pitcher Dana Cruse have stolen the show, but according to the Del Norte ace, the team wouldn’t be where it is right now without steady play of its seniors.

“They take leadership on and off the field, and really influence us to be better people and be better players,” Cruse said. “They always look out for us, and teach us how to live our lives.”

Fourth-year players such as Jessica Bever, Megan Vincent and Emily Harper-Guerra have all proven themselves on the field, as each is moving on to play in college. However, it’s their off-the-field presence that helped keep the team together, even through tough times.

Cruse, for instance, missed all but five starts last year after suffering an avulsion fracture in her right hip. Just a sophomore at the time, she feared an end to her softball career, but received support from her teammates and coach, and has returned stronger than before.

The field might remain a work in progress at Del Norte, but one thing’s for certain: the Nighthawks have arrived much faster than anybody could’ve imagined.