Lions Tournament has best of the best 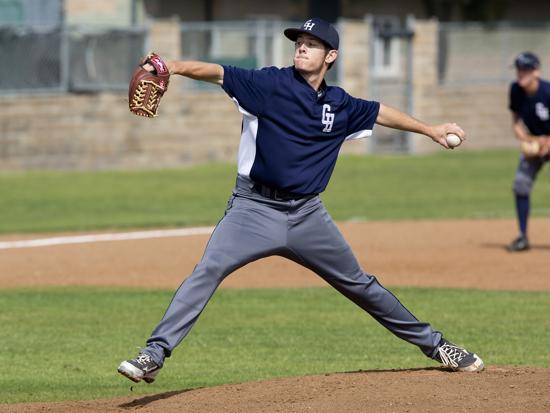 The Granite Hills High baseball team finds itself in a different position heading into the 63rd annual Lions Tournament.

Normally the hunter, the Eagles — ranked No. 1 in the San Diego Section — are the hunted this season in a loaded 16-team Classic Division.

“It’s flattering to be ranked No. 1, but we’re trying to downplay it as much as possible,” said Granite Hills coach James Davis. “We’re on a pretty good roll, and we hope to keep it going, but in baseball you can get beat on any given day.

“In football, the dominant team will just about always win. In basketball, the team that is physically better wins. In baseball, the guy on the mound, that one guy, can make all the difference.”

One team that isn’t playing in the Lions Tournament is Cathedral Catholic, the two-time Classic Division champion. The Dons are headed to North Carolina to play in the USA Baseball National High School Invitational.

There are nine players ranked in Baseball America’s Top 100, including Cathedral left-hander Stephen Gonsalves and Grayson outfielder Austin Meadows. Baseball America ranks Meadows as the No. 1 high school player in the country.

“I’m so looking forward to going to Carolina,” said Gonsalves, who spent a good portion of his summer there at the Team USA training site. “Grayson has a great hitter. For a pitcher it’s nice to challenge yourself against guys who will play at the next level.”

Cathedral coach Gary Remiker said he has the utmost respect for the Lions Tournament and wrestled with not staying home and defending the Dons’ title.

“Honestly, I think it’s important to stay home and play in the Lions,” Remiker said. “The only reason I’d not play here is to go to a national event like this.

“When they think you’re good enough to get invited, when you have a great club, you want to test yourself. I’ve had teams before that I think were good enough to play in a national event, but we didn’t get an invitation. So we couldn’t turn this down.”

Remiker said the cost is about $1,400 for each of the 21 players and five coaches on the trip.

Aggressive fundraising has cut the cost to about $300 a player.

Rancho Bernardo coach Sam Blalock has more than 800 career wins. He understands where Remiker is coming from.

“I don’t like to go out of town,” Blalock said. “Over the years, we’ve played in national events. We played in the old Upper Deck tournament when that was the biggest spring-break event. And we’ve played and won national tournaments in Las Vegas. But the Lions Tournament is one of the toughest in the nation.

“As good as we’ve been over the years, we’ve only won it once (in 2005). I think it’s harder to win the Lions than it is to win a national event. Look at the field this year. The Classic and Premier divisions are loaded.”

“We’re a grass-roots tournament,” Gallagher said. “The national tournaments are corporate events. Our goal is to get the best teams in San Diego to stay home, then add some really good teams from outside the area.

“We asked Cathedral Catholic to come and defend its title, but I understand they’re going to a great event.”

The 120-team Lions Tournament is split into eight divisions.

Play starts Monday with the semifinals and finals Thursday.

The tournament will use no fewer than 70 school sites.

“It’s a logistic nightmare,” said Gallagher. “In the end, though, it’s all worthwhile.”