Ian Clarkin has agreed to terms with the New York Yankees 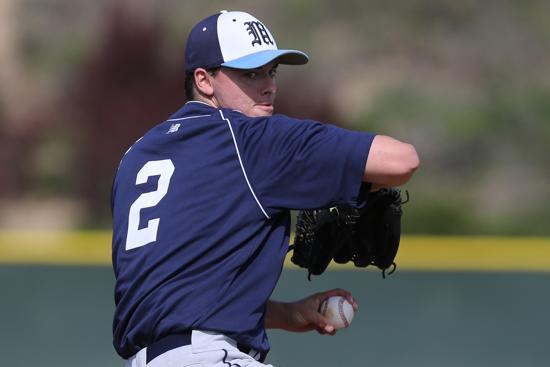 Ian Clarkin will be wearing pinstripes.

The 18-year old left-handed Madison pitcher, who was selected 33rd overall by the Yankees in last week’s MLB First Year Player Draft, agreed to terms Monday, foregoing his collegiate career at the University of San Diego, according to CBS Sports. The deal is reportedly worth $1.651 million — the slotted amount. It is pending a physical, which Clarkin already completed in Tampa Bay.

“It was the hardest decision he has ever had to make,” said Lydia Clarkin, Ian’s mother.

“On one hand, he has been working his entire baseball career for an opportunity to be drafted in the first round and pursue his dream of playing professional baseball, however, on the other, he was presented the opportunity to receive his education from the University of San Diego, which he values tremendously. In addition to education, he has received the opportunity to play baseball for USD and throughout his four years at Madison, has built relationships with Rich Hill, Jay Johnson and the rest of the USD baseball staff.”

In a conference call earlier last week, Ian told reporters that the signing bonus would need to be “life-changing money” to lure him away from the University of San Diego, where he committed as a sophomore.

“They believe he will be an asset and showed that, drafting him in the first round, honoring the slot money and giving him the opportunity to play professional baseball. Based on those factors, and the fact that Ian is closer to achieving his dream, prompted his decision.”

Should he sign the contract, the deal provides an option for Ian to pursue an education after he caps his professional career, according to Lydia.

Earlier this month, the three-time All-CIF Player of the Year became the first San Diego area high school player chosen in the first round since Mission Bay’s Matt Bush was selected No. 1 overall by the San Diego Padres in 2004.

Parker’s Nick Noonan and Rancho Bernardo’s John Drennen were both drafted in the supplemental first round in 2007.

He finished his high school career with nine wins, an 0.95 ERA and five complete games this season. Using a three-pitch repertoire of a fastball, changeup and curveball, he struck out a career-high 133 batters and surrendered 13 total runs in 14 appearances.