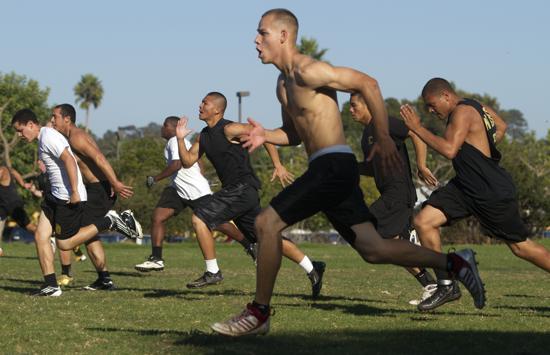 The Army-Navy football team compiled a 10-1 record last season, but the Warriors program is under new leadership this fall.

Bonita Vista High and Army-Navy Academy have settled on football coaches for the upcoming season.

Bonita Vista, which was 2-9 last season under Greg Raby, had originally named Shawn Pomatto. When that didn’t work out, it was mistakenly reported that Ray Peterson had accepted the job. Finally, Chris Thompson, who had been hired as the school’s offensive coordinator, has been elevated to head coach, pending approval by the school board.

Thompson has a wealth of experience, having coached at Mira Mesa, Vista and last season at Poway.

Henry left to pursue opportunities outside football and Tim Mitchell was named head coach of the Warriors.

“But when Tim got here and saw the depth of the commitment compared to what the job paid, he said he just couldn’t do it,” said ANA Athletic Director Tom Tarantino.

Fanene, who is a police officer in Carlsbad, was an all-section performer for Carlsbad High. Fanene went on to play at Fresno State, where he was the center for All-America quarterback David Carr.