Longtime coach, 55, has Monarchs on verge of reaching the Division IV final 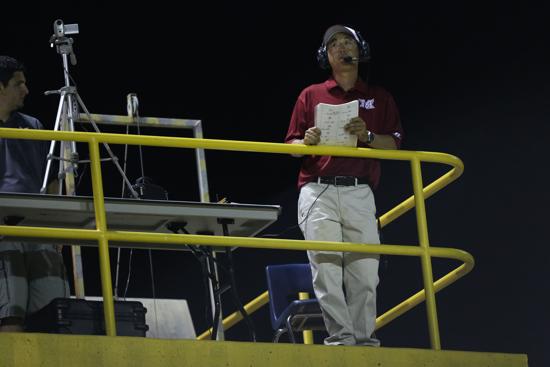 About then, Hamamoto is approached by two adults. They’re wearing football jerseys and had been tossing a football.

“What are you guys doing here?” one of them asks Hamamoto. “We’ve got the field.”

It turns out that the men are part of a group that has rented the Monte Vista football field for years on Thanksgiving morning to play their version of the Turkey Bowl before heading home for ice, Bengay and vittles.

Dumbfounded, one of the men says, “Wow, it’s been a while since you guys have been in the playoffs this long.”

Try nine years. That’s the last time Monte Vista advanced to the semis. Before Hamamoto’s arrival in 2012, the Monarchs were 5-25 in the previous three seasons, 16-54-1 in the previous seven years.

But at the proud Spring Valley school that opened its doors in 1961, the attitude has changed since Hamamoto’s arrival.

“He’s given us hope to actually do well in football,” said senior Jemiel Jackson, who has rushed for 1,103 yards, scored 12 TDs, and is being recruited by UC Davis as a free safety.

“The previous years, there were probably six people in stands. It was dead. Now, the crowd’s full.”

Hamamoto, 55, is a football lifer. He was 26 when he landed the head coaching job at University of San Diego High (now Cathedral Catholic) in 1985. He coached the Dons for 11 seasons and directed them to the playoffs 10 times, including a Division III title in 1994.

Hamamoto left Uni for Rancho Bernardo in 1996 — in part because a public school offered a better salary — and enjoyed more success. He led the Broncos to the playoffs in eight of his 11 seasons, long before the San Diego Section opened the postseason to virtually any team still breathing.

In 2007, he was one of the first hires at Lincoln as the Hornets’ head coach and athletic director when the school reopened after being closed for four years for a remodeling.

He was there for four seasons — four more playoff runs.

After one season as a defensive coordinator at Mesa College, it became evident that a full-time teaching position at the community college would be years away, at best. So Hamamoto returned to the prep scene, at Monte Vista last year.

Think of the diversity of the places where Hamamoto has coached. A private school. An upper-middle-class, predominantly white public school in the ’burbs. The inner city. And in hardscrabble Spring Valley.

A couple of reasons for Hamamoto’s success: He loves his job and doesn’t take himself too seriously.

On what he likes about coaching: “Honestly, there’s nothing else I know how to do.”

On being a minority, a Japanese-American high school head football coach: “There might be two or three in the whole state of California. I don’t know the statistics. Most Asians are smart, going into math and science. I guess I’m the dumb one. I went into sports.”

On being one win shy of 200 career victories: “That just means I’m getting old.”

Do not be fooled. There’s a reason why joy has returned to the Monte Vista locker room. Ron Hamamoto isn’t the only reason. But it starts with the man with the mischievous smile.