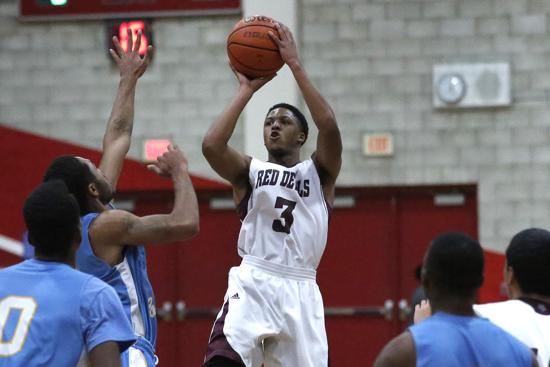 Sweetwater coach Jesse Aguirre didn’t downplay what it meant to his team to win its own tournament, a result he said was unexpected.

“It’s absolutely big,” Aguirre said. “I scheduled these teams, Mt. Carmel, Hoover and (El Camino) for a reason. I thought if we can compete with these guys, we’ll be in good shape, and then we won the whole thing.”

The Red Devils managed to hold the El Camino backcourt of Devin Watson and Dakota Orr to 26 points, while Mattox, named the tournament MVP, and 5-foot-4 point guard CJ Cadua combined for 54 points.

“I didn’t think we were going to be undefeated,” Mattox said. “I knew Hoover was a good team, and we beat them, which was unbelievable, and to beat this El Camino team, that’s even greater.”

Sweetwater led 42-35 at halftime. El Camino cut the lead to six points late, but the Red Devils sealed the win by forcing turnovers, hitting layups and connecting on free throws.