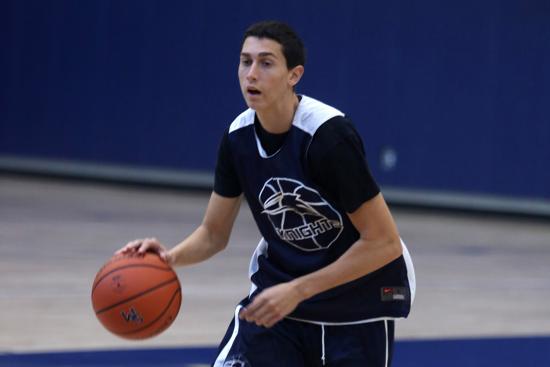 Ben Perez is only 6-feet-3, but the measuring tape doesn’t always tell the whole story.

With the road victory, the Knights (21-8) march into Friday night’s championship game against Morse at USD’s Jenny Craig Pavilion.

San Marcos trailed 6-5 when the Knights’ full-court pressure led to costly turnovers, and suddenly it was 15-6. Ditto in the second quarter, when a 21-17 advantage ballooned to 32-17 capped by a pair of long-range 3-pointers by Trace Dimeff.

“I remember how bad we felt after losing to Hoover in the semifinals last year,” said Perez, who finished with game highs of 20 points and eight rebounds. “Our press was intense, allowing us to really get into it. We played with intensity and, yes, I expected to be in the championship.”

The Knights’ defense, which forced 23 turnovers, was especially oppressive in the third quarter, when Mission Bay went the first seven minutes of the second half without a field goal. By the time the Buccaneers scored from the field, the Knights held a comfortable 49-29 lead.

Perez was backed by a 16-point effort from Johnny McWilliams and a 14-point performance by Dimeff. Justin Moore led the Bucs (15-9) with 14.