RB coach out amid accusations 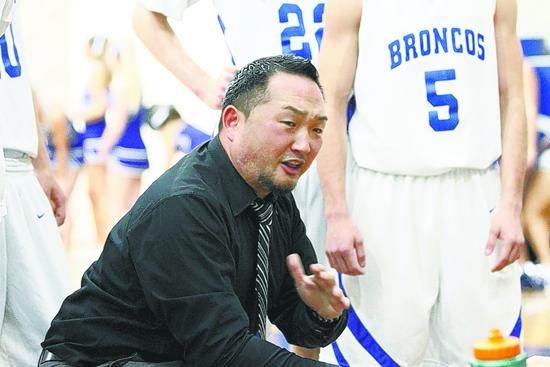 Jim Choe is no longer the boys basketball coach at Rancho Bernardo.

Jim Choe is out at Rancho Bernardo High.

The Broncos boys basketball coach of six years was informed Tuesday that the school will be heading in a different direction, according to the Facebook page “TeamChoe,” which was created in support of the coach after accusations of bullying, racism and discrimination recently surfaced.

Jessica Wakefield, director of communications for the Poway Unified School District, wrote in an email that “there is no official comment” from the district, but she confirmed it “will be posting the position soon.”

The following statement is on the “TeamChoe” Facebook page and is said to have come from Choe:

“These past six years have been extremely fulfilling as the Head Boys Basketball Coach at Rancho Bernardo High School. I am grateful to have had the opportunity to work with high character and high quality players who have demonstrated the willingness to learn what it takes to be successful. I have worked hard to foster relationships with these young men on and off the court and earn their respect as a leader and mentor. I hope they have learned as much from me as I have from them. I am proud we were able to take our program to postseason tournaments as well as achieve academic excellence off the court. I sincerely appreciate all of my players and their families who have supported me and defended my integrity in the face of the recent meritless accusations.”

Early this month, the district said it completed the investigation and took appropriate action. The district did not say what that action was, if any. Choe was still coaching the team at that point.

Choe was named San Diego Section Coach of the Year for boys basketball in 2010 when Rancho Bernardo won the Division I title.

The Broncos were 8-19 this season.