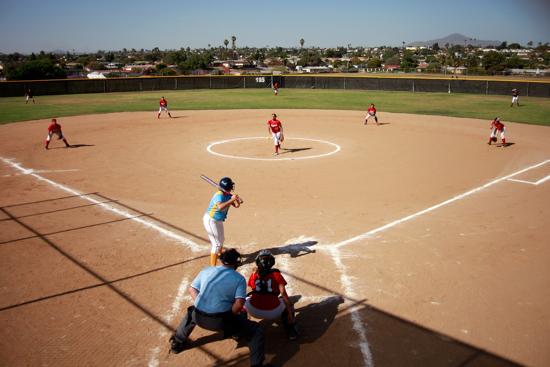 With students and fans in attendance, ceremonial first pitches were thrown out simultaneously by a group that included former Trojans softball great Dawn Wood and Ed Brand, superintendent of the Sweetwater Union High School District.

“It’s our commitment from our district to maintain outstanding facilities for all of our athletes,” Castle Park Principal Tom Glover said.

“The district and Castle Park are committed to having equity for all of our facilities and all of the aspects of Title IX. We have new fan seating, a newly renovated field, new dugouts, a repositioned concession stand, bullpens and batting cages. It’s a completely new facility.”

Impetus for building the new softball field stemmed in part from rulings by a federal judge that Castle Park was not in compliance with Title IX, the 42-year-old law that forbids sex discrimination in any education program or activity receiving federal funds.

The rulings found that the school’s softball field was not on par with its baseball facility.

In 2012, U.S. District Judge M. James Lorenz said that female athletes at Castle Park had been “denied the opportunity to participate in high school sports on an equal level with male students at their school.”

The lawsuit originally was filed against the Sweetwater district in 2007 by a group of softball players at Castle Park who said they had worse facilities and fewer opportunities to play than male athletes.

Castle Park is not alone when contrasting high school baseball and softball facilities. Comparisons have led to similar complaints elsewhere in the county over the past 15 years.

“To all the Trojans, this is a well-deserved field,” Brand said. “The Sweetwater district passed Prop. O about seven years ago and as a result we’ve put over a million dollars into this athletic facility.

“This is our fourth facility that we’ve transformed into a state-of-the-art facility and we’re very proud of that.

“This district is a big family and Castle Park has a tradition of excellence, but at the end of the day, we’re about family, we’re about community. And I think it shows here in the pride that we have in this beautiful field.”

“It’s an amazing field, a big change from last season,” Estes said after the Trojans’ win. “It’s an honor to be able to be a part of this field dedication and to share it, as a senior, with all of my teammates and the fans.”

Added Castle Park coach Karen Sampson: “This was a special moment for all of my players, especially the seniors who put in a tremendous amount of work.” 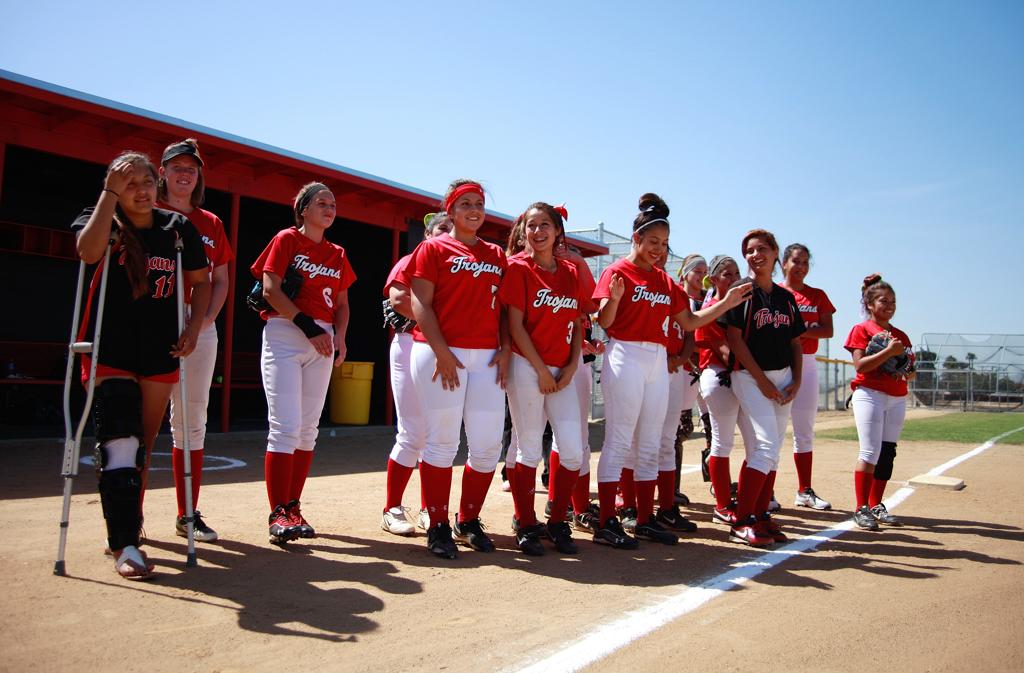