La Jolla's Zimmer brothers make news on and off the field 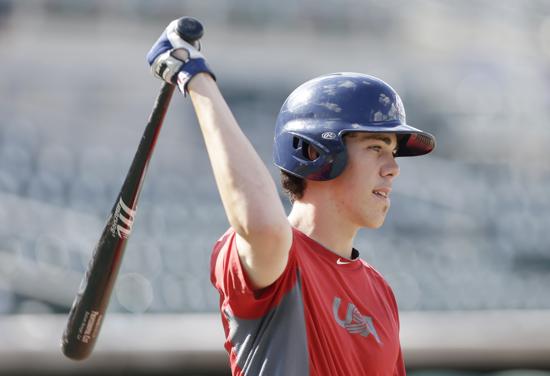 It was quite a summer for the Zimmer boys.

Both Kyle and Bradley were stars at La Jolla High and the University of San Francisco.

Kyle, a right-handed pitcher, was a first-round pick of the Royals in 2012, and 2014 was supposed to be the season that rocketed him to stardom.

But he was shutdown by shoulder tightness in the spring, then strained a lat muscle in May and was down for another six weeks.

He made six appearances in late August in Rookie ball.

He's healthy now and scheduled to pitch for the Peoria Javelinas in the Arizona Fall League.

Bradley, an outfielder, was a first-round pick of the Indians in June.

He signed quickly and hit .304 with four homers, 11 doubles and 30 RBIs in 45 games for Mohoning Valley of the New York-Penn League.

Baseball America named him to its Short Season-A All-Star team.

There are more than 30 college summer leagues. Baseball America put together a list of the top prospects in each league. That list includes:

The Alumni Report appears every other week during the college season. Readers are encouraged to submit information on former San Diego County prep athletes to john.maffei@utsandiego.com.