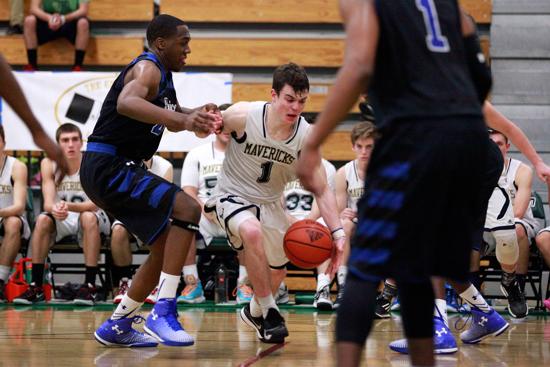 Seniors Tommy McCarthy, Brady Twombly and Travis Fuller accounted for all but six of the Mavericks’ points as LCC beat El Camino 61-52.

Those rankings will change after this game.

El Camino led 20-9 at the end of the first quarter. But McCarthy made a trio of 3-pointers, and Fuller had a three-point play to cut that lead to one at 30-29 before Eric Pierce hit a basket to give El Camino a three-point lead at halftime.

“Tommy kept us afloat in the first half,” LCC coach Dave Cassaw said. “We had a nice response to that big lead.

“Actually, I told the guys to wake up and start playing. Then we shot the lights out.”

The Mavericks made nine 3-pointers, seven of them by McCarthy, who finished with 29 points.

“We have a bad habit of starting games slowly,” McCarthy said. “But we seem to find a way to get it down. This is a very resilient team.

“We shared the ball really well, took shots in the flow of the game.”

Anthony Gallo came off the bench and scored LCC’s only other points, finishing with six points and eight rebounds.

“Give Gallo a lot of credit,” Cassaw said. “He’s a senior who has hung in and paid his dues.

“It was really nice to see him play so well.”