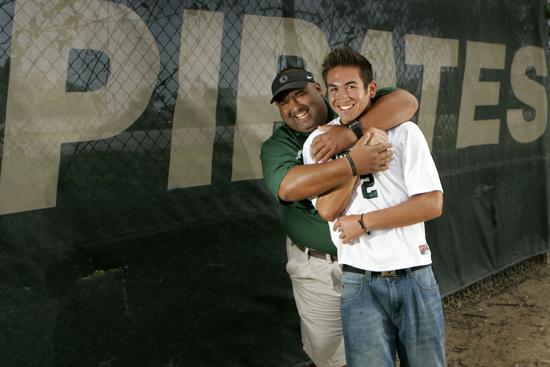 The Oceanside boys soccer team waited 13 years for a section title, so waiting 10 extra minutes was not a problem.

Junior Eddie Franco’s goal in the 10th minute of the golden goal overtime period lifted the seventh-seeded Pirates over No. 4 Mater Dei Catholic 1-0 in the San Diego Section Division II final at Madison High on Saturday, giving Oceanside its second title but first since 2002.

Oceanside (14-5-7) had subsequently played in two other finals.

“It’s been a long (13) years,” Pirates coach Frank Zimmerman said. “The ’07 and ’08 championships that we lost with my son (Frankie), I was really sad because I really wanted to win one with him. I guess winning one with him on the sidelines as coach really helps redeem that.”

“I was following the ball, and I was looking for a rebound,” Franco said. “That’s what I got, and I finished it. I can’t describe the feeling. I just won CIF for my family and my friends. I don’t know what to say.”