After trailing for the first time in 14 games, Patriots bounce back to defeat Mater Dei 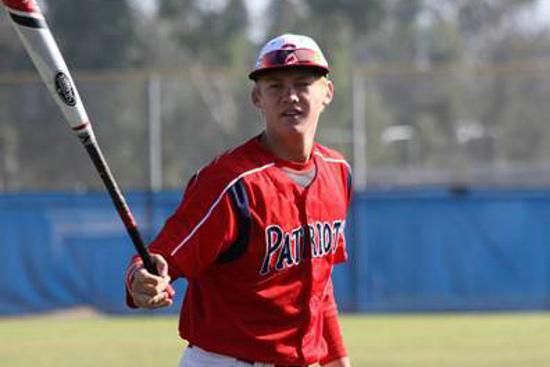 Kyle Stowers had two doubles for Christian, which advanced to the Division III championship game with Tuesday's win over Mater Dei Catholic.

EL CAJON — The last time Christian allowed an opponent to score first was in the Central League baseball opener on April 13.

That was 14 games ago. Visiting Mater Dei Catholic broke that spell Tuesday, taking a 3-0 lead into the third inning of the San Diego Section Division III fourth-round playoff game.

The Patriots erased the deficit by scoring 11 runs in the bottom of the third and continued on for a 16-6 victory over the Crusaders (11-22).

It was the third time top-seeded Christian had beaten No. 8 Mater Dei. The win propels the Patriots into Friday’s 3:30 p.m. Division III championship game at USD’s Fowler Park. Christian will play the winner of today’s Fallbrook-Del Norte game.

Christian — which pounded out 17 hits, including a two-run homer by Zach Hogueisson and two doubles by Kyle Stowers — last won a section title in 2009. The Patriots already have established a season record for wins with a 28-2 mark.

“When you haven’t been behind for seven weeks, we were stunned when we fell behind early,” said coach Mike Mitchell, whose team won the league title with a 12-0 record. “Our kids were walking around like zombies until the big inning.”