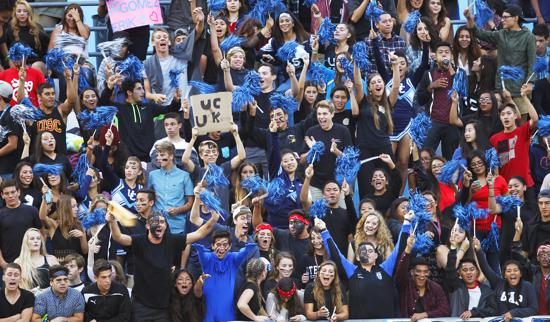 Scouting report: The Chieftains had just 24 varsity players last year and lost more than half to graduation and transfers, including nearly every skill position starter. Irwin is the one returning skill player from the fly-wing offense and he’ll be expected to produce both offensively and in the secondary. Zavala, Germany and Farmer are returners who anchor the offensive line, while Kim called Gursky the “heart and soul of our defense.” With a small roster, Kim says the Chieftains start games strong but fade late. The goal this year is to finish games and improve on the road after going winless away from home last year.

Scouting report: Thorleifson is a dual-threat quarterback built for Coronado’s spread offense. He entered last season with big expectations before an injury derailed his season in week one. “He’s a very good team leader,” Isabella said. “He’s outstanding, another coach on the field.” All the receivers will be new, but Haas led the team in rushing and is excellent on kick returns. King is a weapon on punt returns. Alexander and Shirey, who played as sophomores and as juniors, will anchor the offensive and defensive lines. Expect Montague and Gonzalez to lead the team in tackles, while brothers Trevor and Kyle Gilbert start on the corners.

Scouting report: Gray has a huge task in trying to rebuild a team that’s 3-28 the last three seasons, but he knows these players after coaching the program’s junior varsity for several years. Browne averaged 25 yards per catch last season and is the only returning player who scored last year. He’ll be the primary weapon on offense, catching the ball, running receiver sweeps and even taking snaps in the “wildcat” formation. Hill is another good athlete who should help spark the offense. Sa’o has size and will anchor a line that hopes to improve with the help of Brown and Williams.

Scouting report: James has his work cut out in taking over a team that’s gone 1-19 over the past two seasons, but he’s looking forward to coaching at a high school he attended for two years and thinks he can find success right away. Donovan has “a cannon for an arm,” according to James, and will take snaps in the Cavers’ wing-T offense. Givens and Smith will both get a lot of touches out of the backfield and will both be happy to have Booth blocking for them. The 6-foot-5, 340-pound offensive lineman is receiving plenty of college attention.

Scouting report: In 2013 the Centurions won their first playoff game in school history and they added their second playoff win last year. Price was an assistant those years and hopes continuity through his promotion will help sustain the recent success. The defense should create turnovers. Ruthenberg returns after racking up 19 tackles for loss, forcing three fumbles and intercepting a pass, while Strobbe and Rasmussen combined for eight interceptions. Price called Speicher a shutdown corner. Aguon will lead a “dynamic but balanced offense.” The biggest question marks are along the offensive and defensive lines.