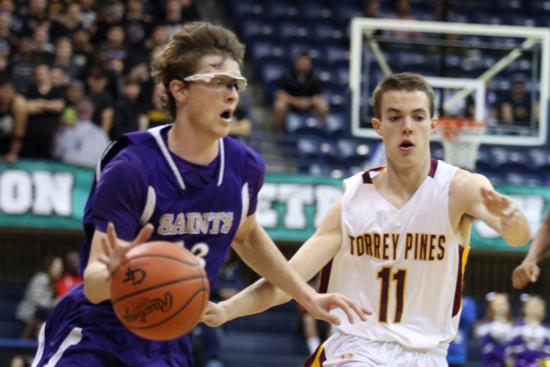 Shooting guard Eric Monroe, a first-team All-CIF selection as a junior from St. Augustine, has committed to play college basketball at Yale of the Ivy League.

The 6-foot-2 Monroe also had Ivy League offers from Brown, Dartmouth and Colgate along with Albany, Lafayette, Loyola of Maryland and Montana.

Justin Davis of Morse has committed to play at Cal State Bakersfield.

The 6-5 Davis was first-team All-Eastern League last year as a junior, averaging 18.8 points and 11.3 rebounds for the Tigers.

Cal State Bakersfield is an NCAA Division I program and a member of the Western Athletic Conference. The Roadrunners were 15-19 last season.

Davis also had offers from UC Davis and UC Riverside.

Both Monroe and Davis, who play summer club ball for Gamepoint, will sign letters of intent in November.