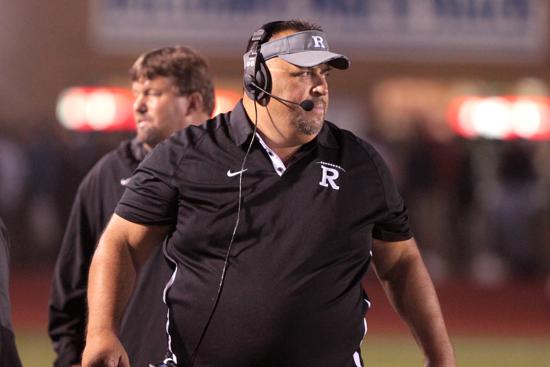 Ramona coach Damon Baldwin says the Bulldogs have been concentrating on eliminating turnovers.

The Bulldogs (2-2) intercepted two passes in the final minutes of the contest to seal the outcome. Adam Parades returned a pick 20 yards for the clinching touchdown with 1:20 to play, and Tristan Stacy added another theft 12 seconds later.

Senior receiver Noah White snagged a 37-yard scoring pass from Cobian in the right corner of the end zone with 10:03 left to play to break a 14-14 tie. On Ramona’s next possession following an Escondido punt, Cobian found Hunter Gurrola on a crossing pattern for a 24-yard TD pass for a two-touchdown lead with 6:38 remaining.

The Cougars (0-4) closed the gap with a fourth-down TD pass from Sam Grimes to Miguel Rocha with 3:17 to play, but the hosts could get no closer.

Ramona started the season with two losses and appeared to be headed for an 0-3 start before scoring 14 unanswered points in the fourth quarter last week for a 28-27 victory at Valley Center.

“Our goal is to eliminate the turnovers,” Ramona’s Damon Baldwin, entering his second decade as the Bulldogs’ coach, said before the game. “That has been a big concern so far, but We have a lot of young players this year and we have asked them to learn a lot in a short span.”