RBV coach to resign at end of season

Veteran will continue to teach at Rancho Buena Vista High 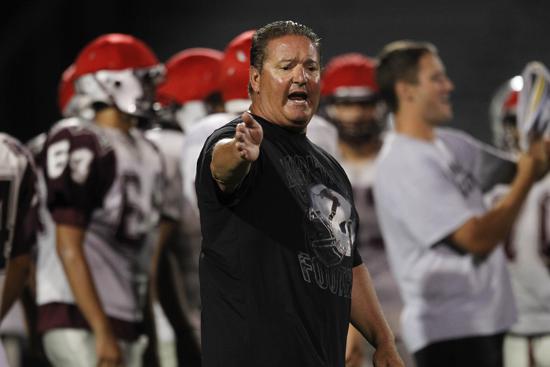 After 35 years in coaching, nine years as the head coach at Escondido and the last four at Rancho Buena

Vista, Paul Gomes is walking away from football at the end of the season.

"It's time," said Gomes, 57. "I've been thinking about this for a while, and I'm fully retiring from

After 21 years as an assistant coach at Thousand Oaks, Canyon Country Canyon and Valley Center, Gomes

to La Costa Canyon in the San Diego Section Division I championship game.

He returned to San Diego County in 2012. RBV was 15-10 in Gomes' first two seasons, but the Longhorns

"This is a big move, big change," said Gomes, who plans to stay at RBV as a teacher and hopes to work

with the sprinters on the track team.

"I have older children who I'd like to see more. I have a young daughter I want to spend more time

"I want to be a better husband and father. I want to take family vacations in the summer. I'd like to

take a weekend and see a big-time college football game.

"Football has been a big part of my life, and I've had a lot of success. But it's time to take the next

Marty Nellis, athletic director at RBV, said the Longhorns would wait until the end of the season to

"We're sorry to see Paul step down, but appreciate he has given us time to look," Nellis said. "We have

our eyes open. And we'll look on-campus, in the district and outside before we decide anything."