Football coach to step down at Helix

In his eighth year with Highlanders, Troy Starr will leave position at end of season 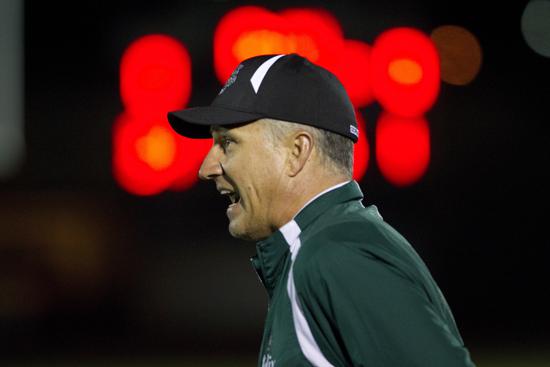 Football coach Troy Starr has compiled a 77-17-1 record at Helix.

Helix High football coach Troy Starr said Wednesday that he is resigning at the end of the season. While declining to specify why he’s stepping down, Starr, 52, hinted that it’s for family reasons.

“There’s some non-football stuff that’s a priority,” Starr said on the field during a break in practice. “I don’t want to be specific. We just have some concerns that are pressing.”

Starr is in his eighth season as Highlanders head coach. Helix is 77-17-1 under his direction and has never failed to advance to the San Diego Section semifinals. His 2008 team posted a 13-1 record. After losing the season opener against Eastlake, Helix ran off 13 straight victories to win the Division II state championship bowl game.

The Scotties are 5-1 this season, ranked second in the section behind Mission Hills.

Starr, who teaches physical education, said he made his decision Tuesday.

“The kids need to know that nothing is permanent in life. Change is life,” he said.

Starr did not rule out coaching again.

“I was shocked,” said cornerback Scott Young. “I’ve been with him for three years on varsity. It’s like losing somebody close to you.”

Before being hired at Helix, Starr coached 14 seasons at Woodland Hills Taft, compiling a 139-36-1 record. His career record is 216-53-2. He also worked for one season under Urban Meyer as the director of football operations at Florida.