Williams, who played for Panthers, guided team to section championship in 2010 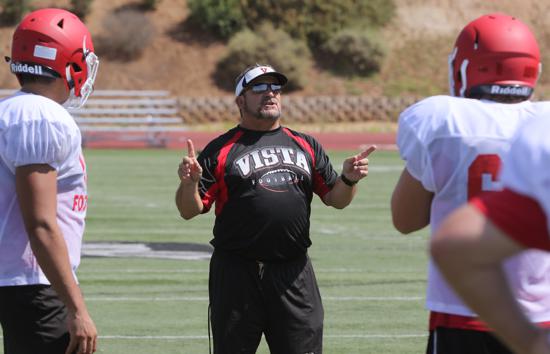 Dan Williams, a direct link to legendary coach Dick Haines and the golden age of Vista High football, will not return as head coach of the Panthers.

“The program is going in a different direction,” said Vista Principal Anthony Barela.

Williams played for Haines and was part of the 1981 San Diego Section championship team that went 13-0.

The 2011 team finished 7-6, getting hot in the playoffs, before losing in the Division I title game to Poway.

Barela said the job, which includes a teaching position, will be open through Dec. 17. He said interviews will start in early January.

“We want to get this done as soon as possible,” said Barela, who served as an assistant football and wrestling coach in Colorado and at La Costa Canyon before getting into administration.

“We’re going to leave no stone unturned in looking for the right person.

“Dan Williams is a good man and did a great job as coach here.”