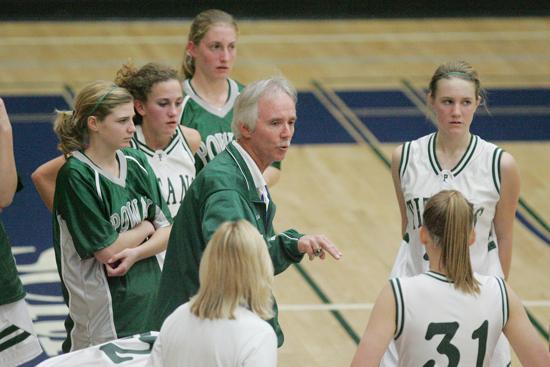 Poway coach Jay Trousdale is almost there. The former Kearny point guard is just 16 victories from becoming the San Diego Section’s all-time leader. With 595 wins entering the season, Trousdale trails only Wade Vickery of Santana, who has 610 wins.

Last season, Helix handed Mount Miguel a rare loss in league play. In fact, the 57-51 Grossmont Hills League win by Helix on Jan. 30 was the first time Mount Miguel had dropped a league game since Feb. 7, 2006 when the same Highlanders defeated the Matadors 37-34. That’s a span of 78 straight league wins by Mount Miguel.

Back on the bench

Dan Marshall has returned to coach Ramona after taking last season off to mourn the death of his son.

Mission Hills is looking to win a third consecutive section championship. The Grizzlies captured the Division I title in 2014 and the Open Division last year. Both times the Grizzlies beat Mt. Carmel for the crown. A number of top players are back, including Madison Adams, the Avocado East League Player of the Year in 2014, and Khayla Rooks, the league’s Player of the Year in 2015. Plus a number of transfers have bolstered the lineup.

La Jolla Country Day wound up winning a state championship last year when the Torreys took Division V with a 40-36 win over East Palo Alto Eastside Prep behind Mai-Loni Henson and Alaysia Styles. Both players are back.

For the second time, Horizon standout Dijonai Carrington will miss most, if not all, of the season after suffering a knee injury. As she did prior to her sophomore season, Carrington injured the knee over the summer and needed surgery to repair the same ACL.