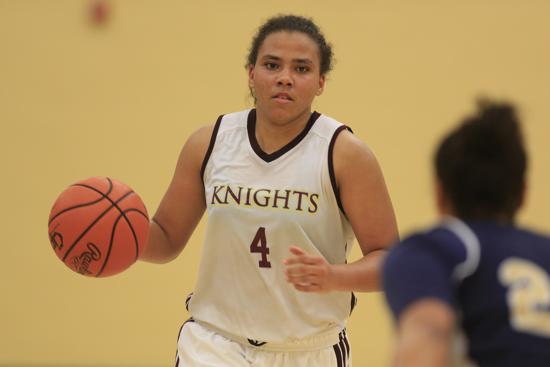 There was very little of what most teenagers would consider a summer vacation for Destiny Littleton.

Yet, in her mind, it was the best summer ever.

That’s because she spent nearly every moment on a basketball floor, starting in Phoenix with her club team, West Coast Premier, before heading off to Nashville, the San Diego Classic and Augusta, Ga., for the Nike Nationals.

Her crowning moment, though, came during a 10-day stint in Puebla, Mexico, for the FIBA Americas Tournament as a member of the USA U-16 National Team.

It was her first trip to Mexico.

“I learned a lot about my game, how to play with completely new teammates as well as a new system,” said Littleton, a 5-foot-8 junior at The Bishop’s School. “But playing for my country was amazing.”

Littleton’s team captured the bronze medal, losing to Brazil in the semis.

“They had one guard who couldn’t be stopped,” said Littleton. “We were down 22 at half, cut it to six and then ran out of time.

“Our game against Mexico was unbelievable. Everyone in the stands was rooting against us. It was the most hostile environment I’ve ever been in.”

Earning a berth on the USA team was a long way from where the two-time All-San Diego Section scorer began playing.

She only turned to basketball because she couldn’t play Pop Warner football anymore.

“Football wasn’t going to get me to college,” Littleton said.

Virtually all the top women’s basketball programs are recruiting Littleton, who said she plans to narrow the list by the end of her junior year.

That Littleton survived a rugged start on the court with a bad attitude seems amazing now.

“I wasn’t easy to deal with,” Littleton said. “My attitude was really bad. Referees even called me ‘Miss Attitude.’

“It took me 18 months to realize I was playing the game the wrong way. There wasn’t a basketball game I played back then that I did not get a technical (foul).”

Littleton refers to that era as Old Destiny. New Destiny has transformed into a scoring machine who was the state’s top freshman and sophomore.

“Old Destiny wouldn’t last two days at Bishop’s,” Littleton said, hiding her face and laughing out loud. “I never disrespected teachers, but on the court I was disrespectful.”

Littleton would love to win another San Diego Section title to go with the one Bishop’s captured her freshman year.

Littleton also would love to be a McDonald’s All-American as well.

“The one thing playing for the national team was I proved I could play at the next level,” she said. “I’d heard, ‘She’s just San Diego good,’ but playing against some of the best players in the world kind of hushes that talk.

“I got there by just playing the right way. Old Destiny would have played mad and that would be a disaster.”