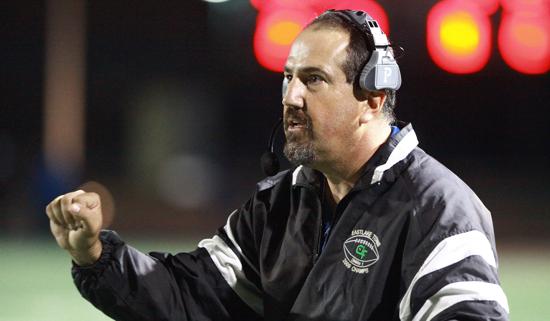 Eastlake High football coach Lee Price was fired Thursday, just two seasons after succeeding John McFadden, the man who turned the Titans into one of the region’s most dominant programs.

“It was not surprising,” said Price, who teaches physics at the school. “It was a pretty stressful couple of years.”

Eastlake posted a 12-10 record under Price. The Titans finished 5-6 in 2015, the program’s first losing record since 1997. McFadden recorded a 122-41-3 record in 14 seasons at Eastlake, establishing the school as the South County’s best football program.

Eastlake won San Diego Section Division I titles in 2009 and 2012 under McFadden.

“We’re all pretty devastated by it,” said McFadden, who served as Price’s offensive coordinator last season. “He did nothing to deserve this, except be very loyal.”

“It was time for a change. That was the sentiment at the school,” said Manny Rubio, district communications director. “The program won a couple of CIF titles. Really, it was about, (how) do we get back there?”

Eastlake was also hurt by players transferring to other schools. Running back Greg Bell transferred to Bonita Vista, where he rushed for 2,632 yards and scored 34 touchdowns.

Price will remain at Eastlake, where he teaches AP and honors physics. He has been nominated as a candidate to be the school’s teacher of the year.