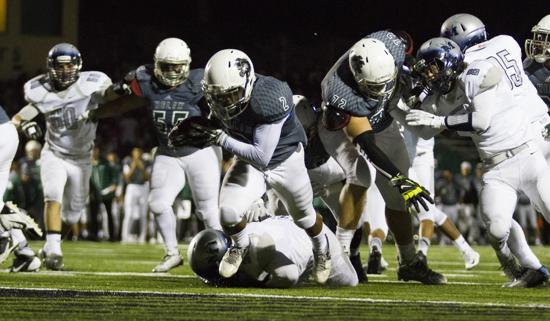 Helix senior running back Nate Stinson has signed to play next season at Northern Arizona.

Stinson has signed to play next season at Northern Arizona.

The selections were made by Cal-Hi Sports, which has chronicled high school athletics in the state for decades.

Valhalla defensive back Anthony Portillo helped the U.S. U-18 team to a 34-3 win over Windsor (Ontario) in the recent USA Football International Bowl at AT&T Stadium in Arlington, Texas. Portillo started at strong safety for the U-18 select team against the Canadian all-stars.

Azizi Hearn, a defensive back at Oceanside, helped the U.S. U-17 team to a 49-7 win over Windsor. Hearn had a pair of tackles in the game.

Jose Castillo, an offensive lineman at Cathedral Catholic, started for the U.S. U-16 team in a 43-6 win over Calgary (Alberta).