With 50 years invested in the sport, Bob Burt, 74, takes over Warriors program 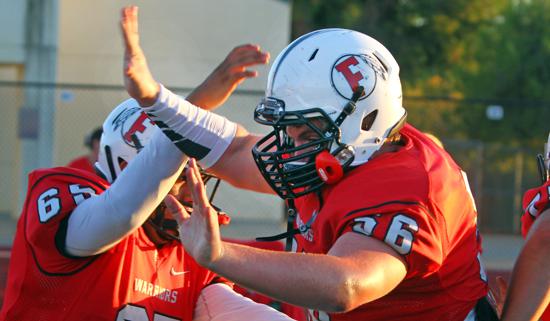 Bob Burt, a veteran of 50 years in the game, has been named head football coach at Fallbrook High.

He replaces Kyle Williams, who left Fallbrook after three years to take over at Westview.

Burt, 74, began his coaching career in 1966 at Pater Noster High in Eagle Rock and has made several stops at the high school and college levels.

He served as an assistant coach at UCLA, Hawaii and Cal State Fullerton. He was head coach at Cal State Northridge from 1986-94, posting a 49-46 record.

In 1995, Burt moved to Lake Elsinore Temescal Canyon High, where he led the Titans to a 90-30 record and two Southern Section championships.

He also has coached at Riverside Notre Dame, Cypress and Santa Rosa Academy.

“It seems like I’ve been a lot of places, and I have,” Burt said. “But I spent 13 years at Temescal Canyon, nine years at one place, six years at another. Honestly, I just love coaching football.

“I’m really excited about the Fallbrook job. I love the idea of coaching in a one-high-school town and not in an eight-school district.

“I met with the kids and the boosters, and couldn’t have been more excited. The community is involved. They seem like a classy group. And they want a winner.”

Offensively, Burt said he runs multiple sets, but adapts to his players. On defense, he runs a 4-2-5, similar to San Diego State without as much blitzing.