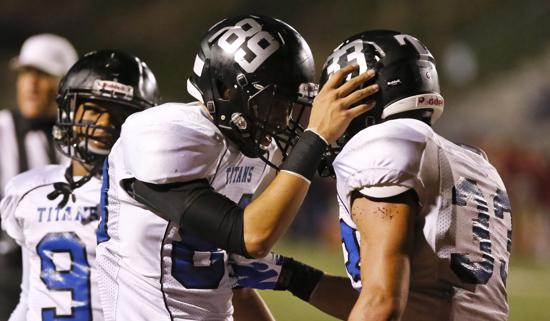 Tropp, who has been on campus for 21 years, has coached under all four former Titans head football coaches — Alan Duke, Gene Alim, John McFadden and Lee Price.

“I’m really excited about this,” said Tropp, who teaches in the school’s Learning Center. “I know the kids. I know the traditions.

“I’ve seen the good and the bad, and I’m ready to take the baton and move forward.”

Tropp has served as an assistant football coach on the varsity, JV and freshman levels. He has been a coordinator on both sides of the ball on the lower levels.

He was also the head wrestling coach and athletic director at Eastlake.

“Dean has waited his turn,” said Eastlake Athletic Director John Inumerable. “We all saw him as a head coach.

“Aside from being a great football coach, he’s a very popular guy on our campus. He has the ability to unite the staff. He’ll bring in other coaches from the district. And he’ll bring in alums who want to coach with him.”

Tropp’s sons were wrestlers and both graduated from Eastlake. He has two daughters at Eastlake now.

“I’ve done just about everything except be the head football coach,” Tropp said. “I can’t wait to get started.”