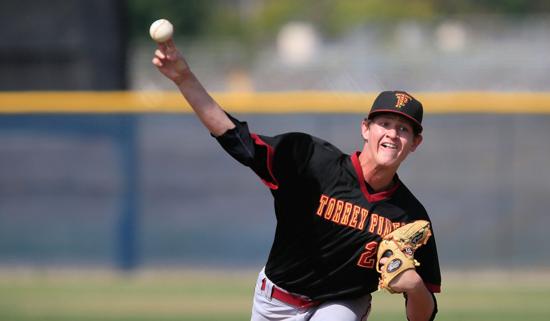 Speedy shortstop Nick Allen of Francis Parker and hard-throwing right-hander Kyle Hurt of Torrey Pines have been named to play in the 2016 Perfect Game All-American Classic.

The 14th annual game will be played at 5 p.m. Aug. 14 at Petco Park, where the players will be formally introduced at a press conference on Tuesday.

Allen hit .469 with five homers, 13 doubles and 14 RBIs while hitting leadoff for the Lancers. He was successful on 32 of 34 steal attempts, scored 36 runs and made just three errors in 118 chances with 17 double plays.

Last year's San Diego players in the Perfect Game event were La Costa Canyon outfielder Mickey Moniak, the No. 1 overall pick in the recent Major League Baseball Draft, and outfielder Avery Tuck of Steele Canyon, who was taken in the 26th round of the draft.

Allen and Hurt have committed to play at USC.