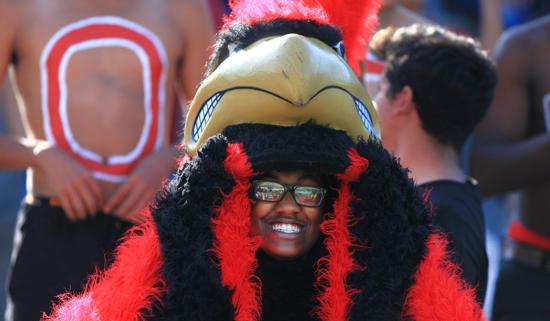 Year in and year out, Cardinals spirit lives on at Hoover.

Scouting report: Morgans, a 1992 Hoover grad, is a longtime Cardinals assistant and takes over for Jerry Ralph. His job was made more challenging when RB Demontauz Gray (nearly 2,000 yards from scrimmage last year), moved to Louisiana. Bermudez and Grinter will rack up rushing yards from the single wing. Howard will wreak havoc on the defensive line while Castillo is a talented safety.

Scouting report: Morrison, 29, son of longtime Francis Parker head coach John Morrison, takes over the Vikings. The team will operate out of the shot gun, featuring an offense that spreads the football. Dockery and Watson are the most dangerous offensive weapons. Mitchell and McColl key a stunting defense.

Scouting report: The Patriots will operate out of the pistol attack with Silvels being the biggest threat. The 6-3 slot scored 11 TDs last season and is being heavily recruited by Mountain West schools. Boccoli will get the bulk of the ground carries. Mendez leads an attacking defense. Martinez expects his team to make a deep playoff run.

Scouting report: The Conquistadors scored seven points or fewer eight times last season and were shut out five times. Smith, a Patrick Henry assistant the past five years, is confident his team won’t struggle putting points on the board. All five starting offensive linemen are back. The Q’s will run a ground-oriented power pistol offense. Pratt has game-breaking speed and Dixon is a dangerous pass catcher.

Scouting report: In Rasmussen, Weiss, Strobbe and Granfors, the Centurions return four receivers who combined for 151 catches and 2,545 yards. Van Daelen is more than capable of getting them the football. At 6-3, 195, Granfors is a very talented sophomore. The Centurions advanced to the semifinals last year, and with Mater Dei and Bishop’s moving out of D-IV, UC is expecting to make another deep playoff run.