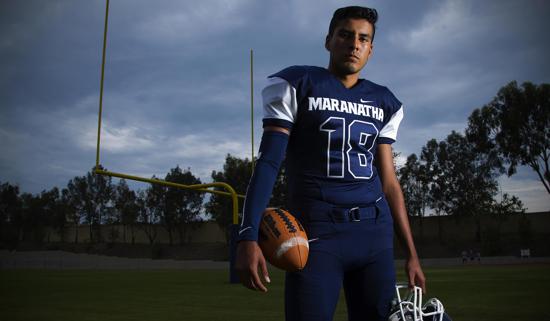 Scouting report: As the Warriors look to improve on their league runner-up finish of a year ago, Army-Navy is facing a transition year after graduating 14 seniors from the 2015 squad. Three of the five starting offensive linemen from last season are returning. ANA’s last league title came in 2013 when the Warriors shared the crown with Tri-City Christian.

Scouting report: The Caimans will play their first “home” game at Orange Glen High against the Patriots before shifting to Del Norte High for the remainder of their home schedule. With good size on the line and at the skill positions, Classical could be the biggest team in the league. Racciato averaged 7.3 yards per carry and 92 yards per game as the league’s second-leading rusher despite being limited to five games. The Caimans had a strong turnout this summer with 95 boys vying for spots on the varsity and JV teams.

Scouting report: Bonta takes the helm at Escondido Charter after serving as head coach last year at Lakeside High in Lake Elsinore. As an all-around athlete for the White Tigers, Zimmerman will play an ironman role for Charter. Frazier is as much a threat to run the ball as he is as a pass catcher.

Scouting report: Sheng, a senior team captain, was the leading rusher in the Pacific League last season with 808 yards on 130 attempts. Cortes is a four-year varsity starter who passed for 1,614 yards last year as a junior with 13 TD passes and eight interceptions, but his top three receivers from last season have all graduated. Partida will be depended on for team leadership on the line after being an all-league selection a year ago. Maranatha Christian handed league champion Tri-City Christian its only league loss in 2015.

Scouting report: Tri-City Christian earned a league championship last year in Goodwin’s first season as head coach. The Eagles’ season ended with a first-round playoff loss to Coronado. Tri-City has not had a losing record in league play since the 2008 season.