Who’s your best of the best? 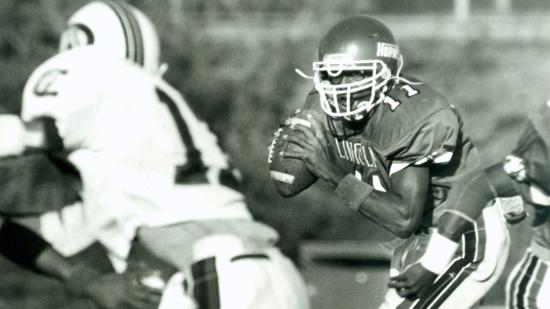 Florida is where college recruiters go to find speed.

San Diego high schools, however, are where you go to find future winners, Pro Football Hall of Famers, All-Pros and more than 100 participants.

It was those names and numbers that got us thinking.

Who are the best prep players ever in San Diego? And not just the top 100, but the top 10 at each position.

The answer was a resounding — YES!!!

So every Saturday during the prep football season, we’ll present the best 10 players by position, starting when the ’s San Diego Section split from the Southern Section in 1960.

This was a labor of love.

I’ve been following prep football in San Diego since 1969. And while I have final say on the final 10 at each position, I got tremendous input from media veterans Terry Monahan, John Kentera, Steve Brand and Rick Smith and San Diego Section Commissioner Jerry Schniepp.

You’d think some of the positions would be easy, but we struggled to narrow the offensive line down to 10. Choosing only 10 defensive linemen was tough.

And we knew we’d have a hard time narrowing the field at quarterback, running back, receiver and the defensive secondary.

Monahan, Kentera and I took everyone’s recommendations, then spent four hours at lunch, narrowing things down.

I spent several more hours researching each player to make sure I was comfortable with the selections.

The criteria was “body of work.”

In other words, what a player did in high school counted 50 percent. What he did after high school — college and pros (both , CFL and Arena League) — was the other 50 percent.

Additionally, players like Hoover/Oregon receiver Todd Doxey, who tragically drowned before he could play for the , didn’t make it despite having great high school credentials.

I think we got this right — or are at least pretty darn close. But we certainly invite public comment.

In fact, we encourage it.

Let us know if we scored a touchdown or failed on fourth-and-inches.

We left some awfully good players off the lists. Several times, we struggled with the last few spots.

Let us know what you think.

First in a series featuring the San Diego Section’s all-time top 10 football players by position. The criteria is “body of work” with a player’s high school and post-high school careers counting equally. Players are listed in alphabetical order. Send comments to john.maffei@sduniontribune.com

Akili Smith, Lincoln: Pac-10 Player of the Year at Oregon. Third pick in NFL Draft in 1999. Played four years in NFL and briefly in CFL.