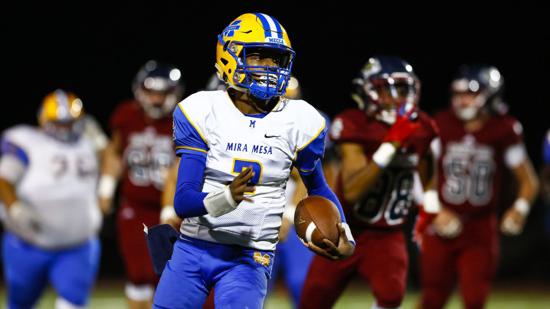 While 17 of the 22 members of SDSU’s 2019 recruiting class are high school players, the Aztecs are bringing in more junior college and graduate transfers than they have in the past five years of Rocky Long’s tenure as head coach.

It is to address immediate needs, especially on the line of scrimmage.

“We have a pretty good sophomore and freshman class that are coming up, but we need some, not necessarily bigger, stronger (players) there, but some more maturity mentally because of the toughness factor at the line of scrimmage. Hopefully, we’re going to take care of that today.”

SDSU had already added a transfer on the offensive line during December’s early signing period when ’s Jacob Capra, who technically signed a grant-in-aid rather than a letter of intent, agreed to come to campus. He is already enrolled and will participate in spring practice, which is scheduled to begin March 4. Capra has been joined on campus by younger brother Joey Capra, an offensive lineman who graduated early from Auburn Placer High.

The Capras were part of a 14-man early signing class. SDSU expected to sign eight players during the regular signing period, and that was the number of signees confirmed by midday, including High’s Noah Tumblin, a dual-threat quarterback signed as an “athlete” and Riverside City Community College defensive back Eric Wilson, an El Camino High graduate.

“Going into spring practice, Ryan Agnew is the starting quarterback, but he’s not guaranteed the job,” Long said. “That’s why we brought a junior college quarterback in to add to the competition between the four quarterbacks that we’ll have there in the spring.

“Agnew will be the starter at the beginning of spring practice. I think it’s always easier to maintain and be the starter if you start in the No. 1 position and you play pretty well, but there’s going to be competition there and we’re going to decide who the best quarterback is to help us win games.”

Notable: Defensive MVP for region who had 125 tackles and nine sacks at defensive end during his prep career. Also excelled at tight end, where he had 42 catches for 473 yards and 11 touchdowns over three seasons. He had two dozen other Division I offers.

Notable: A junior who is already enrolled and will compete in spring practice with returning starter Ryan Agnew. He guided Oakland’s Laney College to a state championship in December, passing for three touchdowns and rushing for two more in a 40-35 win over Ventura. For the season, he completed 180-of-285 passes (63.2 percent) for 2,181 yards and 22 touchdowns with seven interceptions. He also rushed 142 times for 750 yards (5.3 yards/carry) and 15 TDs.

Notable: A graduate transfer who appeared in nine games (46 snaps) for BYU last season after missing the 2017 season with an injury. Joins growing group of Texas players that now numbers nearly a dozen on the SDSU roster.

Notable: He is regarded among the top prospects from after helping the Crusaders to a 33-1 record and three state championships over the past three years. Also plays power forward on the St. Louis basketball team and says that helped him develop a quick first step that has been particularly useful as an edge rusher.

Notable: He had to sit out the first part of the season after transfer to Santa Ana High, but in eight games he had 2,464 all-purpose yards. It included rushing for 1,801 yards with 23 touchdowns. He had 17 receptions for 375 yards and two TDs and also served as a kick/punt returner.

Notable: He comes in as a junior after playing at El Camino CC, where he collected 73 tackles, four sacks and 15½ tackles for a loss over the past two seasons. Should have a chance to play immediately on SDSU defensive line that lost all its starters following the 2018 season.

Notable: Starred for the Marauders as a dual-threat quarterback, passing for 1,865 yards and 20 touchdowns with one interception while rushing for 966 yards and 15 TDs, although he could fit on either side of the ball for the Aztecs. Also plays point guard for the Mira Mesa basketball team.

Notable: Former standout for the Wildcats comes in as a junior after playing at Riverside City College, where he collected 69 tackles with five interceptions and 18 pass breakups over two seasons.

Notable: A three-year graduate transfer (degree in social science and crime law society) who is immediately eligible as a junior with two years of eligibility remaining. He played in 15 games over the past two seasons with the Ducks in a reserve role at both guard and tackle. Technically, signed a grant-in-aid rather than a letter of intent.

Notable: Graduating early from Placer and is expected to come to campus in January with older brother Joey. Had a standout season at right tackle in which he helped the Hillmen to 12 wins in 13 games. Cleared way in the running game and was also solid in pass protection.

Notable: Speedy running back rushed for 3,549 yards and 44 touchdowns over his three-year career at the school in Flower Mound, Texas. Chose SDSU over a dozen other offers, including 10 from Power Five schools. Also competes on school’s track team.

Notable: Versatile enough to have played quarterback, tight end and defensive end for the Bulldogs, but he settled in at linebacker on the team’s highly rated defense. Ideal fit up front in SDSU’s 3-3-5 defense. Has the size to disrupt passing game and speed to go make plays.

Notable: Pro-style QB who passed for 5,100 yards and 44 touchdowns the past two years for the Spartans. He also rushed this season for 218 yards and four TDs. Originally committed to Harvard before re-opening recruitment and choosing SDSU over the weekend.

Notable: He has the size SDSU looks for at a position that is critical in blocking for the run game. Displayed some ball-catching ability as well for a Lancers team that went 11-3 this season. Two-sport standout also plays basketball.

Notable: Likes to get after the quarterback. He totaled 22 sacks and 17 quarterback hurries over the past three seasons. Also displayed an ability to frustrate kickers, blocking three field goals during his prep career. Was used on occasion at running back this season in some goal-line situations, scoring two touchdowns.

Notable: Aztecs fans may be familiar with his brother — former running back Rashaad Penny. The younger Penny was a dual-threat quarterback during the 2016-17 seasons at Norwalk High before transferring to Narbonne. Perhaps even more versatile than his brother, Penny could fit in on offense, defense or special teams. He had a touchdown run for Narbonne in 24-21 loss to Cathedral Catholic in the CIF state Division 1-AA Southern California Regional Bowl game.

Notable: Energetic player had double-digit sacks this season while helping Scorpions reached the Division 4A semifinals. Originally committed to Washington State, but switched to SDSU when offer fell through.

Notable: He highlighted a strong senior season with 12 sacks among his 58 tackles, along with eight quarterback hurries, two pass deflections and an interception. He comes from the same school as former SDSU defensive end Alex Barrett, who was a two-time all- selection.

Notable: Big presence on the offensive line for the Mustangs, helping the team to the Division IV playoffs. Stationed at right tackle, where he opened holes in the running game and provided strong pass protection as well.

Notable: Ball-hawking defender who seems to be in on nearly every tackle for the Colts. Can also return kickoffs and punts. He chose SDSU over half a dozen other offers, including Mountain West rival .